Is It Too Late to Claim the Employee Retention Tax Credit?

The Employee Retention Tax Credit was introduced by the CARES Act to provide relief to employers impacted by the pandemic. Although the credit was made available to small businesses early on, the guidance on eligibility was long, confusing, and uncertain. Because of the uncertainty, many needy small businesses missed out on claiming the credit that could potentially save their company. With each new bill, the eligibility to claim the ERTC kept changing. The continual change further discouraged the utilization of the credit. Unfortunately, the Infrastructure Investment and Jobs Act signed on November 15, 2021, brought an early end to the ERTC (except for Recovery Startup Businesses) that was initially supposed to continue through Q4 of 2021.

As the ERTC came to an end, it left many employers discouraged, many feeling like the guidance was never clear on how to claim the relief. One employer said, “I kept hearing about the ERTC, but I never understood how to claim the credit. I felt like I had to jump through so many hoops it wasn’t even worth it. And then it was too late”.

One common misunderstanding is that an employer can no longer claim the ERTC. The credit can still be claimed retroactively by eligible employers for up to 3 years after the eligible quarter.

When dealing with the IRS, simple up-to-date information is hard to find. Thankfully, the guidance on claiming the ERTC has become increasingly clear - now that the initiative has come to an end. Hindsight is 20/20 - thankfully, it’s not too late to take advantage of the clarity.

The team over at My ERTC Now were fantastic to work with. They made the entire process incredibly easy and got me way more money than I thought! I highly recommend! 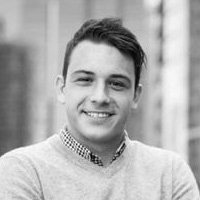